Petrol Girls are a female-fronted band. And that’s no lazy music journo condescension: the point of this band is feminism, delivered to your skull and your heart via an extraordinarily-talented hardcore punk band. But let’s be clear: they do so because they are fronted by a woman – namely, the fucking legend that is feminist activist, punk Masters student and international artiste, Ren Aldridge.

No bourgeois intros for the Petrol Girls: their new EP ‘The Future is Dark’ starts feet on the floor, drums clicks in, and straight in your face with a sucker-punch message:

‘I’m not a victim, I survived – it was my anger that kept me alive’.

Right to it: brutal, honest, raw punk poetry straddling hefty guitars and intricate drums. ‘Survivor’ is a message of fierce solidarity with the #metoo generation. Nodding, crying, dancing, raging: all appropriate reactions to this anthem.

‘Sister’ begins more slowly, showcasing some beautiful, melodic guitar work – but, much more to the point, giving room at the start of the accompanying video for the voices of the band’s punk community to talk about what sisterhood means to them. Allowing others to be heard is a key theme for Ren – she passes the mic, especially to her sisters. She says:

“I’ve been wanting for us to write a song about sisterhood for a long time, because it’s these relationships that have had the biggest impact on my life and that form the heart of my feminism. I think society often puts too much emphasis on sexual relationships when sisterhood is incredibly important and powerful. This song celebrates a relationship that can pose a real threat to capitalism and patriarchy because it challenges competition and is built on care and trust.”

Final track ‘Strike’ is a good old fashioned call to arms, and it fucking rocks. If you haven’t thrown down your tools, nose-thumbed the boss, and organised your fellow-workers into counter-hegemonic action after 3 minutes’ listening then you need to listen again, and better:

Are you waiting to storm the winter palace, bro?
picture yourself on the front page?
do you want a fucking monument
or are you here to make change?

Of course, the band call ‘all out’, leave the studio at around 2 minutes 30 into the track, and presumably go hold some meetings.

I love this band so much. They’re coming to headline LOUD WOMEN Fest on 15 September at The Dome, Tufnell Park, London, and I could not be more excited. 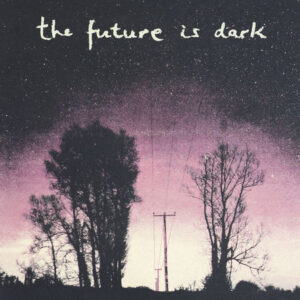 Words by Cassie Fox. More writing by Cassie on Louder Than War can be found at her author’s archive. She tweets as @cassieefox or @loudwomenclub