Because I just saw them this weekend and they blew me away, I would have to say Idles. There are so many to choose from but they’re so different to us I think it would make for a very interesting reworking.

The first person that came to mind was Melissa Auf Der Maur, she’s an amazing bassist and I think one of the few people I would trust not to fuck up the dynamic of the band.

3. What was the last song you wrote, where were you when you came up with the idea, what inspired it, and how did it turn out?

I’ve written a few half songs lately that I need to finish, but the last full song I wrote was ‘Life’, for our last EP. The lyrics came to me on a late night drive back from my partner’s house. It was inspired by being quite ill at the time, from my Crohn’s Disease, and using music as a way to vent my frustration over not having control of my own body. Ironically it turned out as a quite upbeat, punk-esque song that people love to dance to. So at least something positive came from something so negative.

4. Which was your favourite gig you’ve a) played and b) watched?
I can honestly say my favourite gig we’ve played was the Loud Women show in London. It was our first London show and it went so well, from the sound to the crowd being receptive. It really felt like people genuinely enjoyed the music and wanted to be there, which is always a bonus! Asking my favourite gig is such an impossible question as I go to so many each month. To name a few I would have to say Idles’ sold out show at the Komedia in Bath this weekend, Jack Off Jill at the Electric Ballroom in London in 2015 and L7‘s 2016 London show. Ho99o9 at ArcTanGent last summer were also something to behold!
5. Recommend a record and a book that you think our readers might not have heard of
I hate assuming that people wouldn’t know something but I think Queen Adreena – ‘Taxidermy’ is an underrated record. Donna Tartt’s ‘Secret History’ is also a book I think everyone should read.

6. What’s your best piece of advice for young musicians?
Make music that you’re proud of and fuck everyone else. You will never please everyone and nor should you have to.
7. Your top 3 most beloved albums ever – go.
Again this is so difficult but I’d have to say, at the moment, Queen Adreena – ‘Drink Me’, Against Me! – ‘White Crosses’ (but pretty much any album of theirs ), and any of Beach Slang’s records (cheating I know).

8. What are your musical goals?
At the moment it’s just to be able to continue singing. I recently got diagnosed with nodules on my vocal cords and that’s slowed things down a bit recently, but with some work I’ll sort it out!
9. What’s the most important thing we need to know about your band right now?
That we’re much more approachable than we appear. I’ve had a lot of people recently say that they thought I didn’t like them or that they I assumed I wouldn’t talk to them if they came up to me. I may have what the kids call ‘resting bitch face’ but if you want to talk music I’m all in.

10. Give your top 5 contemporary bands/musicians

Against Me! – I love everything about them, from the music and lyrics, to the artwork and their hard working attitude. I mean, do they ever stop touring?!
Camp Cope – Their new album is one of my favourite of the year so far.
Idles – Their music is not usually my bag but they have this amazingly positive outlook that is infectious and just draws me to them. Also, performance-wise they are in a league of their own.
Quiet Slang – I’m lucky enough to have been sent James Alex’s debut album of the Beach Slang offshoot and it’s beautiful. Everyone should listen to ‘Everything Matters But No One Is Listening’ when it arrives on May 18.
Queen Zee – me and Zee may not be close friends but we’ve known each other for a long time now and we keep in touch and support each other when we can. She’s as brave as they come and determined to boot. The band makes great punk rock music and brings the party live. What more can you ask for?! 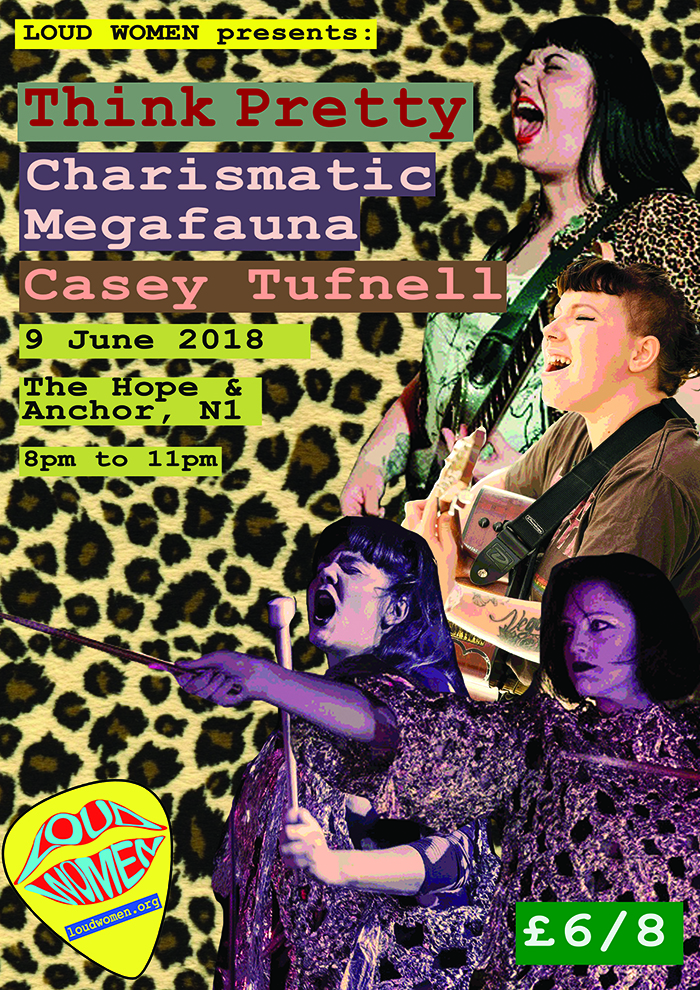