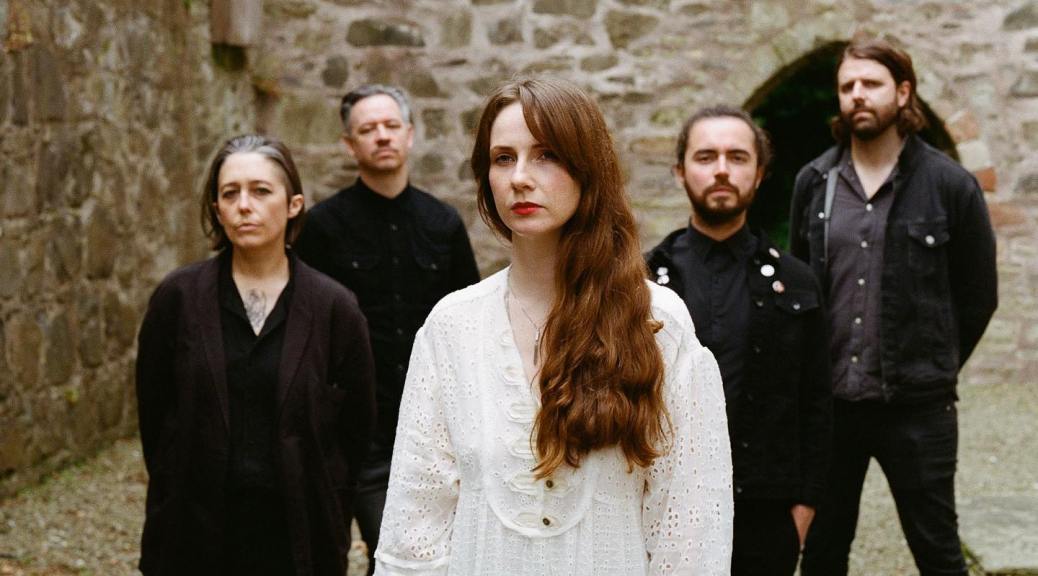 The soundtrack to our Friday is a stunning new single from Belfast’s New Pagans: ‘Yellow Room’ tackles a subject very close to LOUD WOMEN’s heart, that of motherhood within the music industry, and the lack of support for women with perinatal mental health needs.

The lyrics are based on the short story ‘The Yellow Wallpaper’ by American writer Charlotte Perkins Gilman, which is celebrated as an important piece of early American feminist literature.

Many believe it deals with the topic of postnatal depression which is something fronwoman Lyndsey McDougall has witnessed some of her close friends struggle with.

“When you become a mother for the first time the nights are often the most difficult”, she explains, “Long, lonely hours in the dark, feeding, worrying and watching.

“‘The Yellow Wallpaper’, although an example of gothic horror, was a comfort to me as I struggled to make sense of all the new emotions and implications of having another human being to look after. It made me feel less alone in the shock of becoming a mother.”

With the new single New Pagans aim to encourage recognition for mothers within the industry and specifically highlight the need for a specialised parent-and-baby mental health unit in Northern Ireland; something which has been improved in England, Scotland and Wales.

“We hope everyone can become a little more comfortable with this topic, we personally want to see the narratives of mothers/parents/carers included and considered in every industry. We need to ask ourselves why we are so uncomfortable with discussing it and why we feel it’s not relevant.

“Motherhood doesn’t define me but it definitely shouldn’t be something I hide or feel ashamed about. We need to challenge the perception that women who become mothers have less to add to the conversation.”