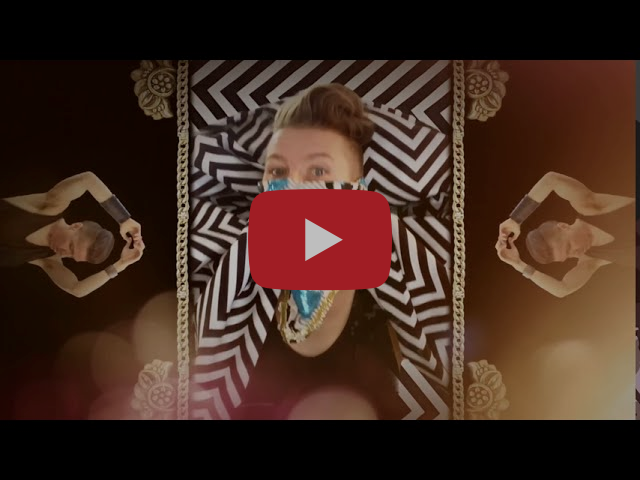 The soundtrack to our Friday is explosive [socially-distanced] disco-starter ‘Nip On The Dance Floor’ from Oakland CA’s Le Fomo. They describe their sound as ‘electro thrash pop / gender expanse wave’ and we are totally here for this stone cold banger of a single.

“Who put me in this shirt? Let me out from under here!”

How did NOTDF come about? LE FOMO vocalist, Ess Nelson, was in mid-conversation when they spotted a free nip bouncing gloriously to the beat on the sunny back patio of El Rio, the beloved queer bar located in San Francisco’s Mission neighborhood. In a fit of inspiration, Ess proceeded to write the lyrics for NOTDF (Nip On The Dance Floor), later crafting the entire song during a short stay at a queer art/activist house in Berlin.

Out now on Analouge Trash Records, NOTDF is the band’s first single from their upcoming LP, Swallow Me Whole. Two more singles – Tiny Anchor and Swallow Me Whole, the title track – are due for release over the summer.