For this – the very first LOUD WOMEN ‘Her’cury Music Award – we’ve honoured most of the criteria of our rival, the so-called “Mercury” prize: that is, albums by British-based musicians released between 30th July 2016 and 21st July 2017 (sorry to Deux Furieuses and Crumbs, respectively).

With TWO differences: our ‘Her’cury prize doesn’t care about record formats or industry distribution, and these artists are all LOUD, all female-fronted or female-driven, or just plain all-female. From a pool of thirty options, our scientific poll of the LOUD WOMEN Team has produced this shortlist of 12, given below in alphabetical order.The winner of the ‘Her’cury Music Award will be announced at lunchtime on Thursday 14 September.

Second album from the runaway success story of the London indie scene, pushing all your Britpop/postpunk/pop-goth/80s-indie buttons at once. Soaring vocals, chiming guitars, proper songs and all’s right/wrong with the world. 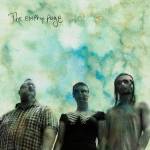 Brilliant hook-laden grunge pop from this Glasgow duo, with every song a winner; proving that the ‘difficult second album’ is just a problem for other people.

The Menstrual Cramps – ‘We’re Not Ovaryacting’

The Menstruals (well, we can’t really nickname them ‘The Cramps’) hit the ground running earlier this year with this impressive digital debut and a ridiculously-confident live debut on International Womens’ Day for Who Runs the World/LOUD WOMEN.

Latest album from the Unorthodox Daughter, and impossible to number because so many of Nolay’s releases have been mixtapes straight from the underground. No pop-grime crossover, no compromise, and no holds barred. Nolay’s definitive feminist statement. 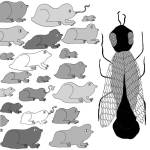 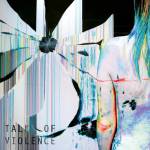 Debut full-length release from probably the most powerful feminist band in the UK, known to leave audiences genuinely shocked-and-awed with a combination of rock hooks, hardcore assault and uncompromising lyrics. One of two shortlisted bands with a track on the LOUD WOMEN Volume One compilation album. 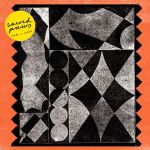 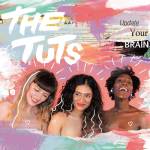 The Tuts – ‘Update Your Brain’

Widely-acclaimed and long-awaited debut from one of the hardest-working DIY bands in the business, released a decade after they first formed at school. Standout newer tracks ‘Con Man’ and ‘1982’ bring the best punk-pop hooks and ‘Give Us Something Worth Voting For’ delivers the clearest message. 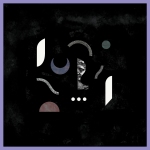 The Franklys – ‘Are You Listening?’

Ravioli Me Away – ‘Living is a Myth’

Teen Canteen – ‘Say It All With a Kiss’

The winner will be announced at lunchtime on Thursday 14 September.
All enquiries to loudwomenclub@gmail.com

A gloriously to-the-point video of the day from Luxembourg’s Francis of Delirium – Quit Fucking Around.
LOUD WOMEN is delighted to bring you the first listen of Smoke Fairies‘ beautiful new single, ‘Chew Your Bones’ – from their forthcoming album ‘Darkness Brings the Wonders Home’.
Mystery Rose: Arranged – track of the day
Starting the week with a Bang Bang Bang – which just happens to be the title of our track of the day, by the awesome Lauran Hibberd Instantly gratifying indie-pop-punk perfection.
After a bit of a winter nap LOUD WOMEN returns with a massive bang in February – hosting what looks likely to be our LOUDEST night ever! A half-dayer in fact, featuring, in alphabetical order … anarchistwood I, Doris Killdren Petty Phase T-Bitch plus surprises …
A stunning video of the day today from UV, aka Marina Elderton, for her hauntingly hypnotic a capella ballad ‘Summoning’. Shot while 9 months pregnant, the video gives a ‘glimpse into the shape shifting female form’.
My Tweets