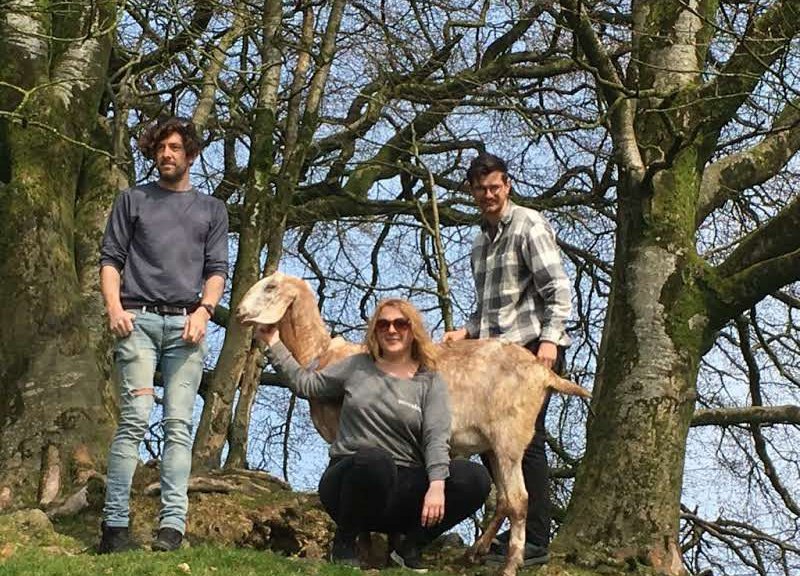 Starting the week with a video of the day from UK indie-punx The Hippaes: ‘Acid is Groovy (Kill the Pigs)’ is out today, a grungetastically murderous anthem. They tell us:

“Acid is Groovy is Kelly’s daydream about killing her boyfriend. It’s important to get those thoughts out. The title is a quote from a killer who got arrested, he was shouting all sort of a crazy shit when he got caught.” 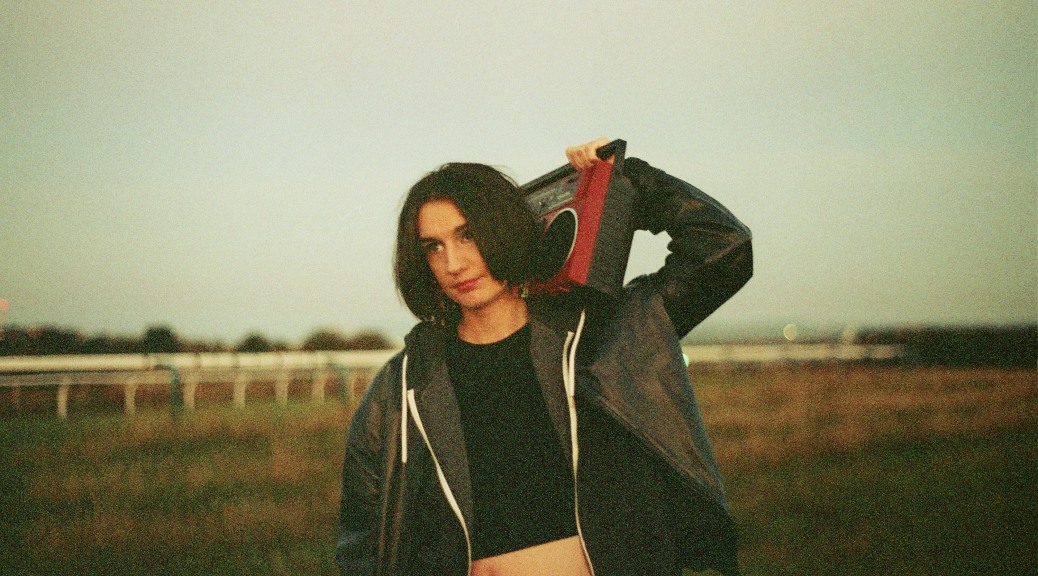 We are delighted to bring you this morning the premiere of a minty fresh indiepop soundtrack from Yumi and the Weather. ‘What Has Become of the Wishing Well’ is a cute live video, filmed at the supercool Small Pond Recordings in Brighton.

Yumi And The Weather (aka Ruby Taylor) is a Brighton vocalist, multi-instrumentalist and producer. Commenting on the track, Taylor says:

“The story behind ‘What Will Become Of The Wishing Well’ is about the current situation with COVID and how there are so many lies around it all. It’s also about the theory that we are heading into a cashless society, so I thought people won’t be throwing coins to make wishes anymore. Wishes are such a nice thing as it’s all about hopeful thinking for a moment—about desires and things we want, almost like little prayers. Ultimately it’s about the recent struggle of not knowing what the future holds, but keeping grounded in a time when truth and information are up in the air.”

Taylor will also be exhibiting work alongside others in forthcoming musicians’ art show SUPER COOL DRAWING MACHINE, curated by Yuppies Music and touring this winter in a creative and forward-thinking use of UK music venue spaces in lieu of live performances.

Yumi And The Weather online: 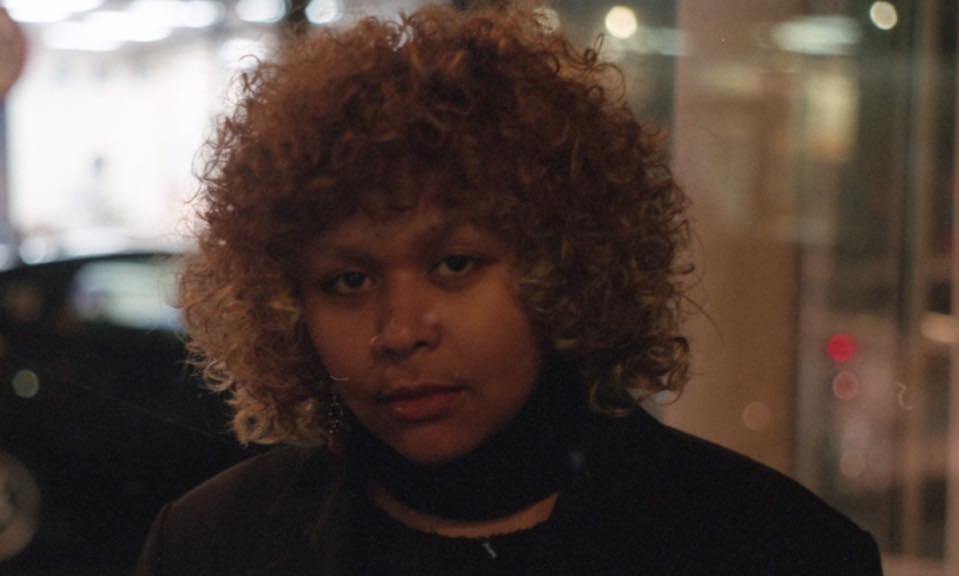 And now for something completely different. Our video of the day today is the mesmerising ‘Ecdysis’, title track from Londoner BEBELUNA‘s EP.

“The word Ecdysis means the process of shedding old skin. The EP is about the inevitable realisation of change in oneself being eternal. When you’re a late teen, you think you have a realised perception of yourself, but your 20s quickly prove you wrong.“

Identifying as gender fluid, BEBELUNA was born into a family of Somalian immigrants who came to London before Bebe was born. Facing an internal battle to express themselves fully in a deeply religious household, Bebe left the home at 16 and found refuge within the underground London music scene – playing guitar, rapping and singing. Looking forward to hearing lots more from BEBELUNA. 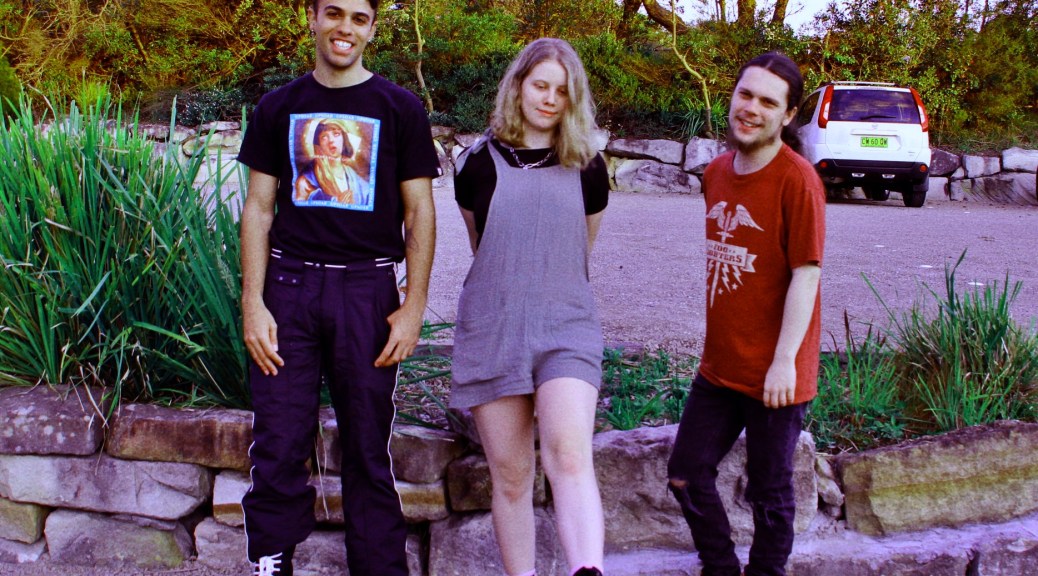 Our video of the day today comes from Sydney, Australia’s grungers The Violet Stones, ‘Power Hungry’ is out today. A fantastic riff-driven poppy-punk-grunge melange, with a very pleasing Math-rock middle 8 (or is that a middle 5?).

Power Hungry is the last single to be released ahead of their 2nd studio album ‘PIN’. The theme surrounding the song is the gun laws in the US and how it has endangered children in schools. It explores the idea of disregarding students’ safety in the sense of false security. 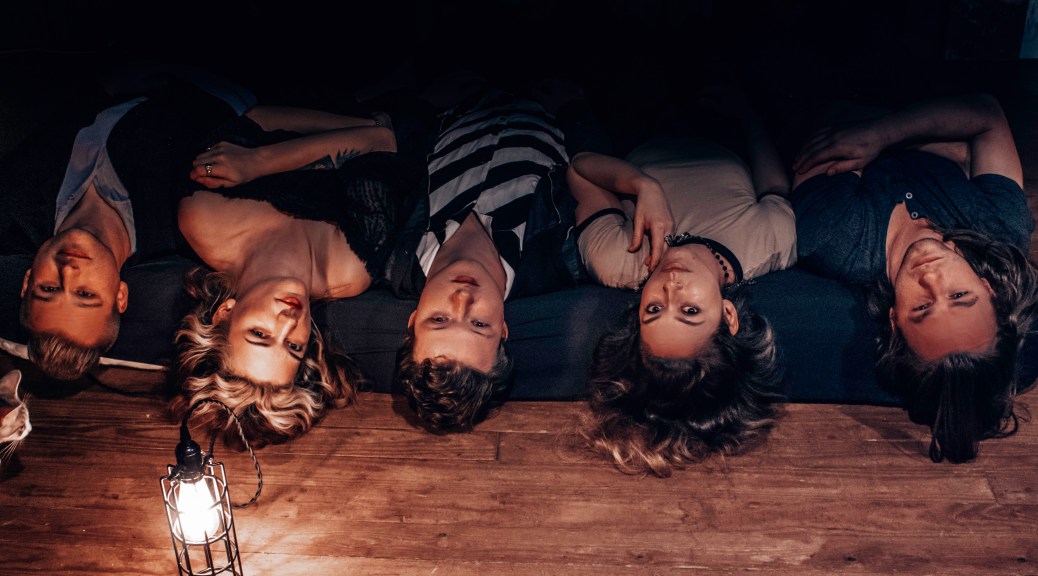 We are delighted to bring you today the premiere of a dark and sensuous new video from Nashville’s ‘psychedelic space rock band’ Flight Attendant. The ironically titled ‘Comedy Show’ is a melodic and thought-provoking ballad based on the current social and political landscape. Frontwoman Karalyne tells us:

“‘Comedy Show’ is a somber ballad of sorts, that serves as a gentle warning to not lose sight of what’s important in a world filled with so many distractions. The song is supposed to remind you that the easier road of plugging up your ears and laughing your problems away- is a temporary fix that won’t hold. “There’s a ghost from tomorrow,” warning us to get our head out of the distraction box and take a long look at our world and ourselves and start changing and improving the one life and world we have to live in.

This song is a close one to our hearts as a band and I couldn’t think of a more perfect time to release it than when the distractions seem to be their loudest.“

The video was Directed and Shot by Nick McCallum. Edited and Colored by Nikki Christie. 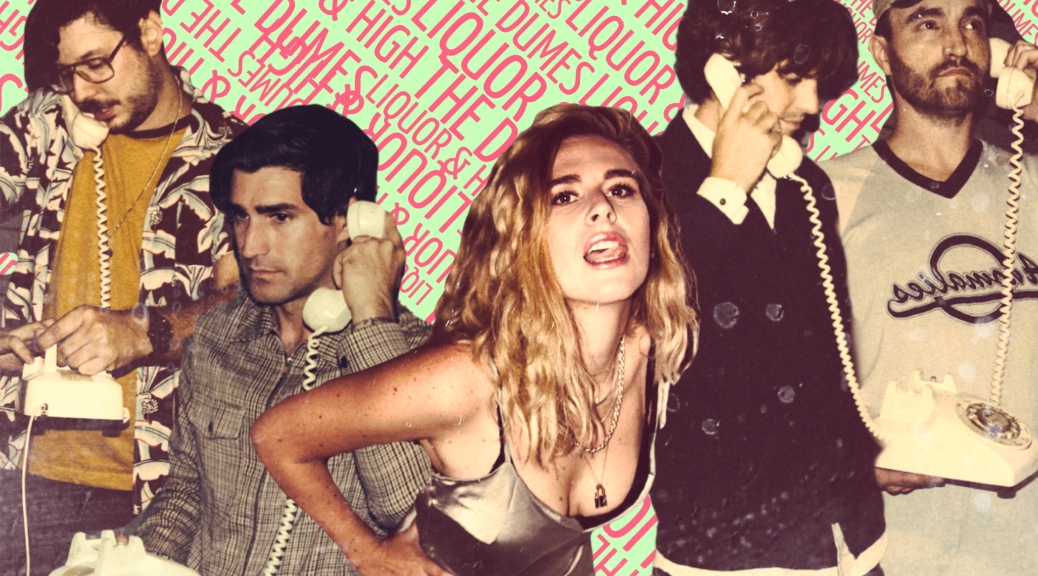 Today today from LA indierockers The Dumes, ‘Liquor and High’ – a song about ‘being the crazy one in a relationship’. (Psst – babe, that’s what the gaslighting motherflippers want you to believe – Ed.) Singer Elodie Tomlinson explains,

“I feel like at the beginning of any relationship, you should have to provide some kind of resume. This song is my resume. My references will say I’m crazy, but at least I’m telling you upfront so you won’t be caught off guard. You already know.”

The video has treats for fans of retro California, with cameos from members of the band as a polyester-clad used car salesmen in westside Los Angeles, to a spin across the Joshua Tree desert in a ‘65 Mustang. The video was shot by Alison Roberto. 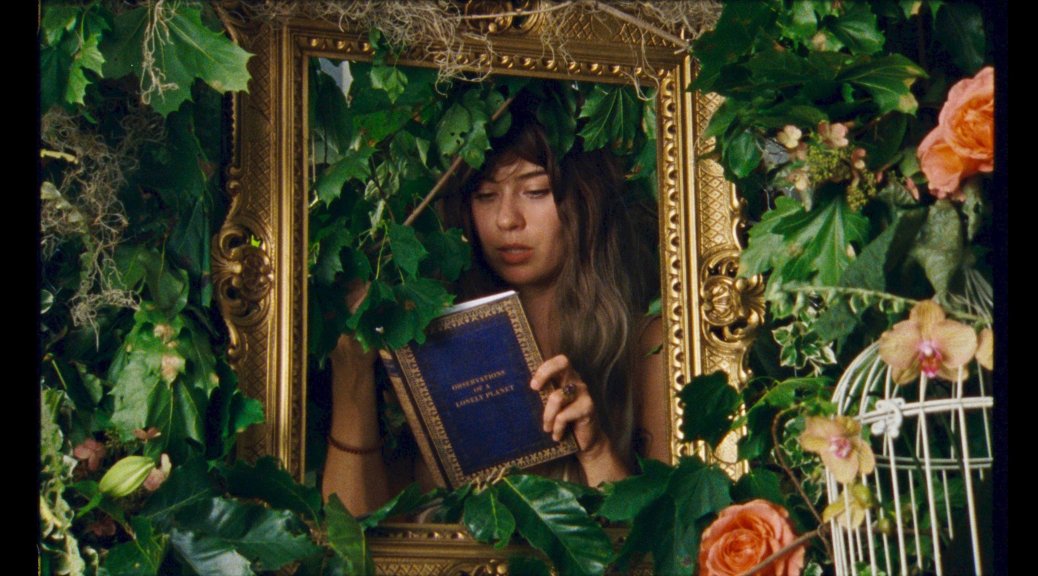 Our video of the day today comes from LA’s Queen Frequency & The Twats: ‘I Didn’t Know Better’ is out today – echoes of Alanis Morissette, with a mesmerisingly vulvic video! They caught our attention with the fanny heads, and we stayed for the awesome psychedelic feminist sci-fi rock. The band’s Meghan McDonald says of the video:

“Embracing the bizarre and absurd, ‘Didn’t Know Better’ is about the strains of motherhood. Lyrically the song is based off of turn-of-the-century feminist novel ‘The Awakening’ by Kate Chopin. The video itself was shot on Super 16 film and dissects the domestic demands that are expected of women across time — from the mythical “first woman” Eve to a futuristic setting.”

The track is taken from their new album ‘Observations Of A Lonely Planet, Part I’, out today. Meghan says of it:

“‘Observations of a Lonely Planet’ is a concept album in the most basic sense. It is formatted in a similar way to Kanye West’s ‘College Dropout’ and Lauryn Hill’s ‘The Miseducation of Lauryn Hill’, employing a classroom-based storyline. Only with ‘Observations’, the classroom is based in the future, and centres on the demise of Earth. This album has two themes: On the one hand, with the classroom storyline, it simplifies world problems that are going on currently in a way that a child could understand. While on a more personal level, the album dissects many existing facets of femininity.”

We want to hear lots more from this band! Today’s video of the day comes from Good Morning TV. Sugar-sweet and oh so French pop tinkler ‘Insomniac’ is out today, the first single to be released from forthcoming album Small Talk, slated for early next year. 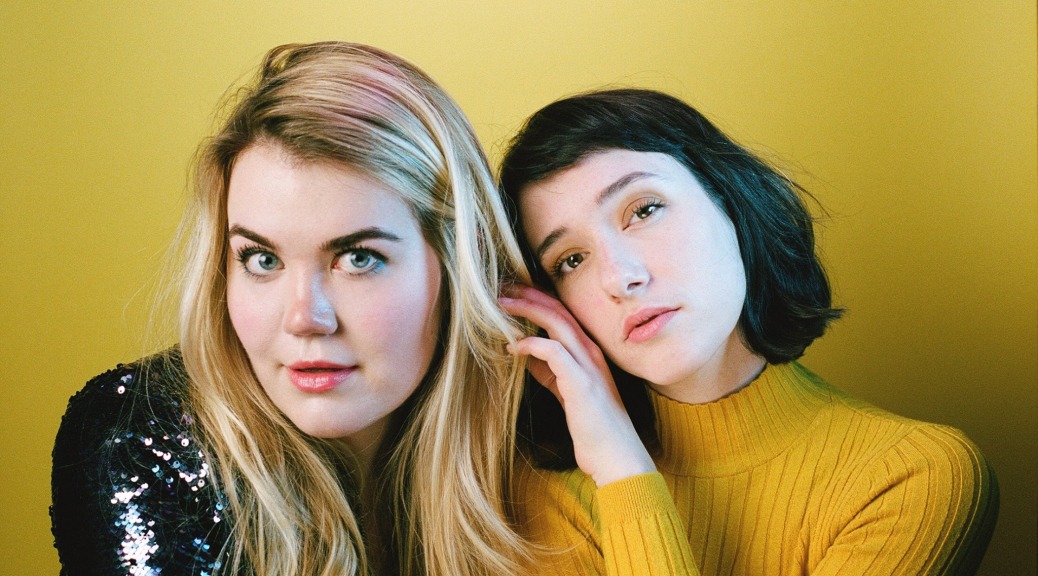 Today’s video of the day comes from Daisy the Great, aka Brooklyn duo Kelley and Mina. ‘To Be Alive’ is out today. I am a sucker for lush harmonies, and this pair’s lush harmonies are super-treble-lush.

“We wrote these songs over facetime while self isolating during the Covid-19 pandemic. Min recorded them in her bedroom and Kel sent over her voice recorded on an iPhone. Our buddy Jake Cheriff mixed and mastered them for us. These songs are a hug for anyone who needs one. We hope that they can help remind people that there is room for calm and comfort in the midst of chaos and uncertainty.”

The stunning video was animated by British illustrator Hannah Jacobs. 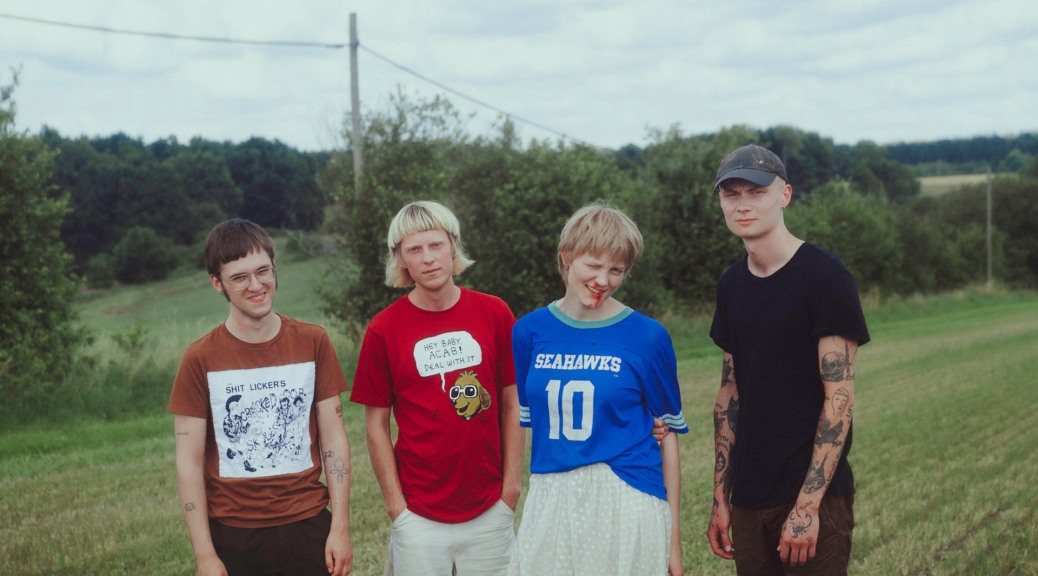 Today’s video of the day comes from Malmö’s Mary Anne’s Polar Rig. ‘Crash’ is out today, from the upcoming album ‘Makes You Happy’, on Kollektivet Records. Frontwoman Malin Hofvander explains about the track:

“Crash is a song about the psycho-feelings you get when you first start seeing someone and all the hopes you build up in your head just to… BAM! have it all teared down again.”